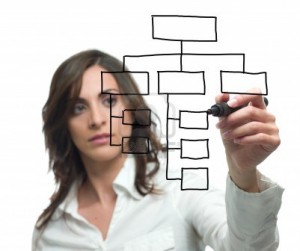 Any student facing the APPIC Match process is at least somewhat concerned about how the Match process works. We’ve all heard throughout grad school that the Match occurs through some mystical algorithm. This is perhaps the most nerve-wracking part; the idea that a computer handles such an important decision is pretty scary. This article attempts to ease some of that fear by shedding light on how the Match algorithm works. As you read on, you will learn that students actually have the advantage as the algorithm runs, along with a simple strategy for choosing how to rank your sites.

After students have applied and successfully interviewed at various internship sites, they are asked to submit a Rank Order List of their preferred locations to APPIC. Actually, the list is not submitted to APPIC directly, instead students submit their list to the National Matching Service (NMS), a third-party organization which runs the matching algorithm. The internship sites are also asked to submit Rank Order List of their preferred candidates along with the number of positions their site has available.

The algorithm used by NMS is pretty simple and could actually be completed by hand, but a computer does it much faster and without human error. The algorithm starts with an attempt to place a student at the location they ranked highest on their list (their first choice).  If the student cannot be matched there, an attempt is made to match them to their second choice.  This continues until an applicant obtains a tentative match, or all of the student’s choices have been exhausted.

A student is tentatively matched to a program if the internship site has included the student on its Rank Order List and one of the below possibilities:

Matches are tentative because a student who matches to a program at one point in the algorithm’s process, may later be removed from the program to make room for an applicant who is ranked higher by the site.  If this happens, an attempt is made to re-match the student starting from the top of their Rank Order List.

This process continues until each student has either been tentatively matched to a program or all choices on the student’s Rank Order List have been exhausted.  When all applicants have been considered, the algorithm is complete and all tentative matches become final.

As an example, consider the below fictional Rank Order Lists from three Internship programs and three interested applicants:

In conclusion, with the above information in mind, there is a simple strategy to use when choosing which sites to rank.

Copyright ©2012 PsyKey. All rights reserved.
PsyKey APPIC is not affiliated with or sanctioned by the Association of Psychology Postdoctoral Internship Centers (APPIC).
✝ All trademarks are the property of their respective owners.
https://securix.io/buy-ethereum/